Getting the opportunity to go on a trip with Oliver is very rare. Finding the right time and having enough money tends to always be an issue. It’s been wonderful to vacation with our families, but a little getaway the two of us? That hasn’t happened since our honeymoon. So I was over the moon when Oliver suggested seeing an opera in Philadelphia. 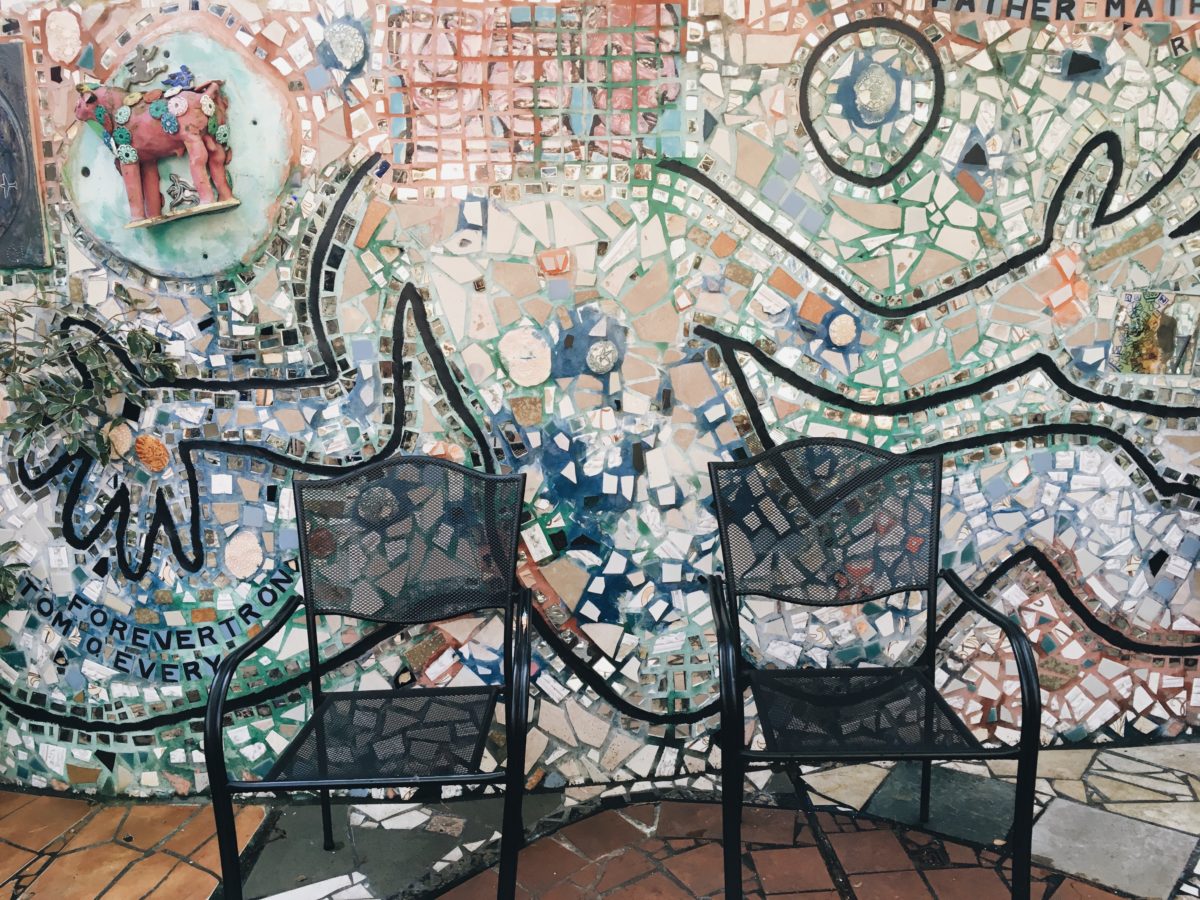 Instead of heading all the way to Philadelphia for just one day, we decided to make a weekend of it. Luckily, my parent’s apartment in Princeton is only an hour north of Philadelphia, and an hour south of Brooklyn. Since my parents are currently in Florida, we lucked out with having a free place to ourselves for the entire weekend.

We spent a day in the city, so I admit that my small guide here isn’t meant for an entire weekend getaway. But I thought I could still share some of the fun things we were able to do, in case you ever find yourself in Philadelphia as well.

I’ll also be sharing these tips on my Instagram stories, which is a platform I want to start using for some of my blog content. If you’re looking for more city guides (mostly stuff in NYC), give me a follow over on Instagram! 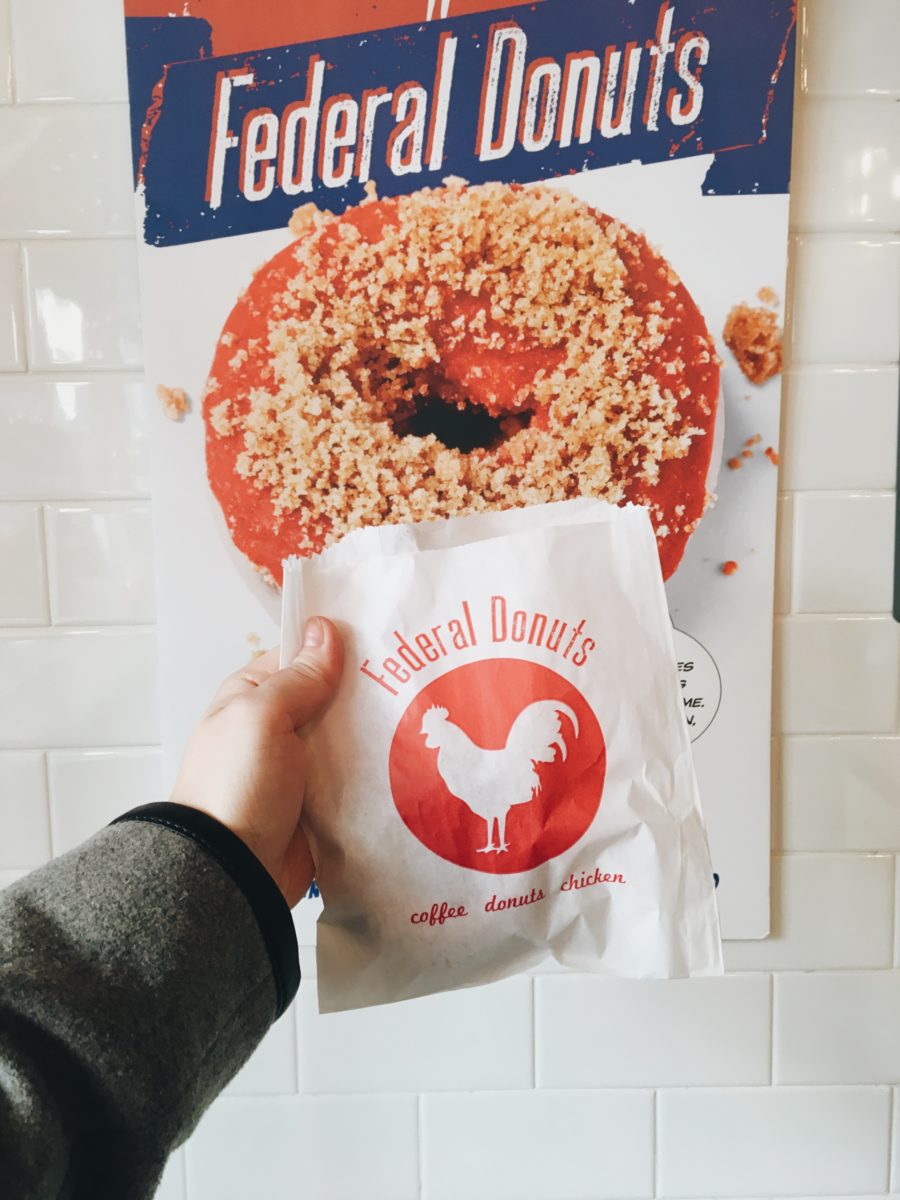 Have you guys ever seen one of those delicious looking videos on Facebook of some trendy eatery, and wish you could go there ASAP? Well, Federal Donuts is one of those places, and it did not disappoint. Head into Federal for a regular hot donut. They are known for their Cinnamon Brown Sugar donut, but I personally fell in love with the Strawberry Lavender. They also sell fried chicken sandwiches…if you’re not a donut person (if so, are we actually friends??) 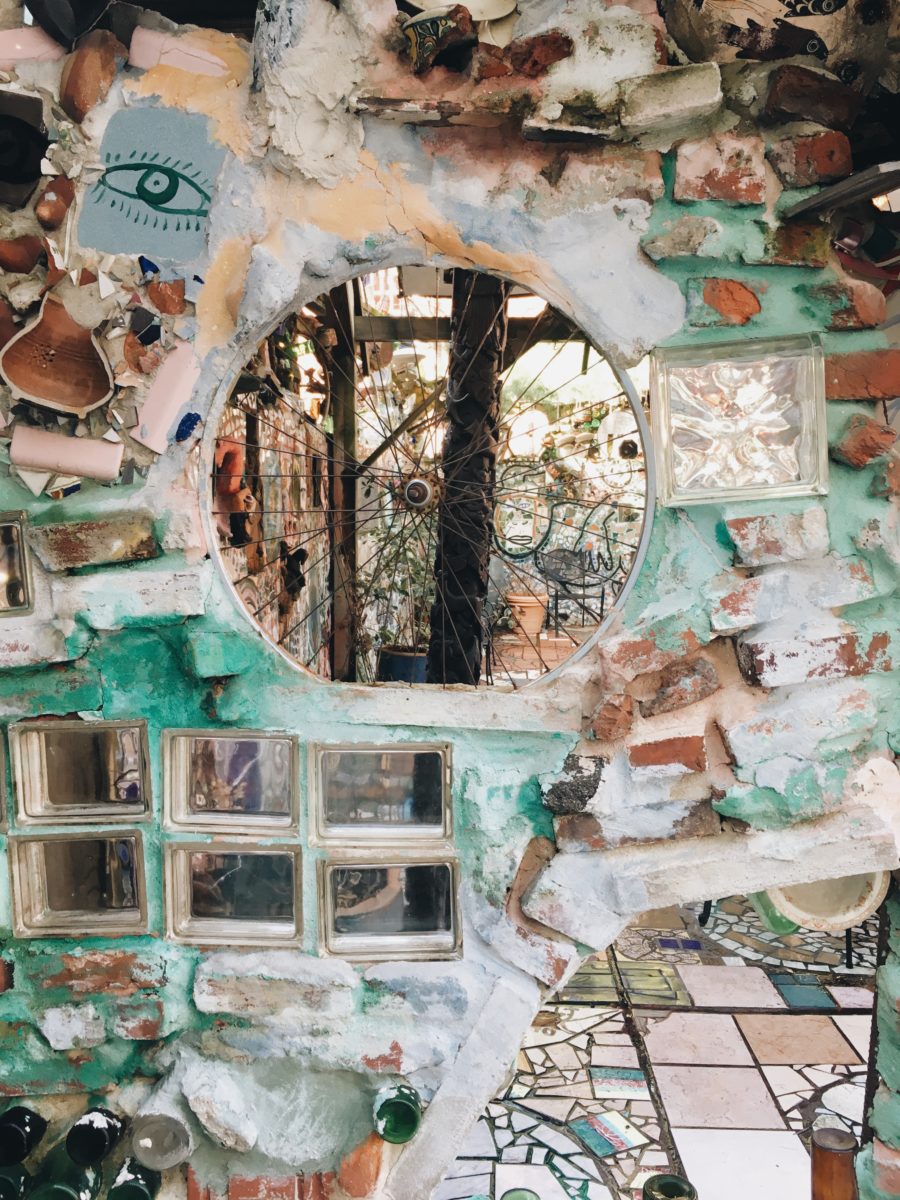 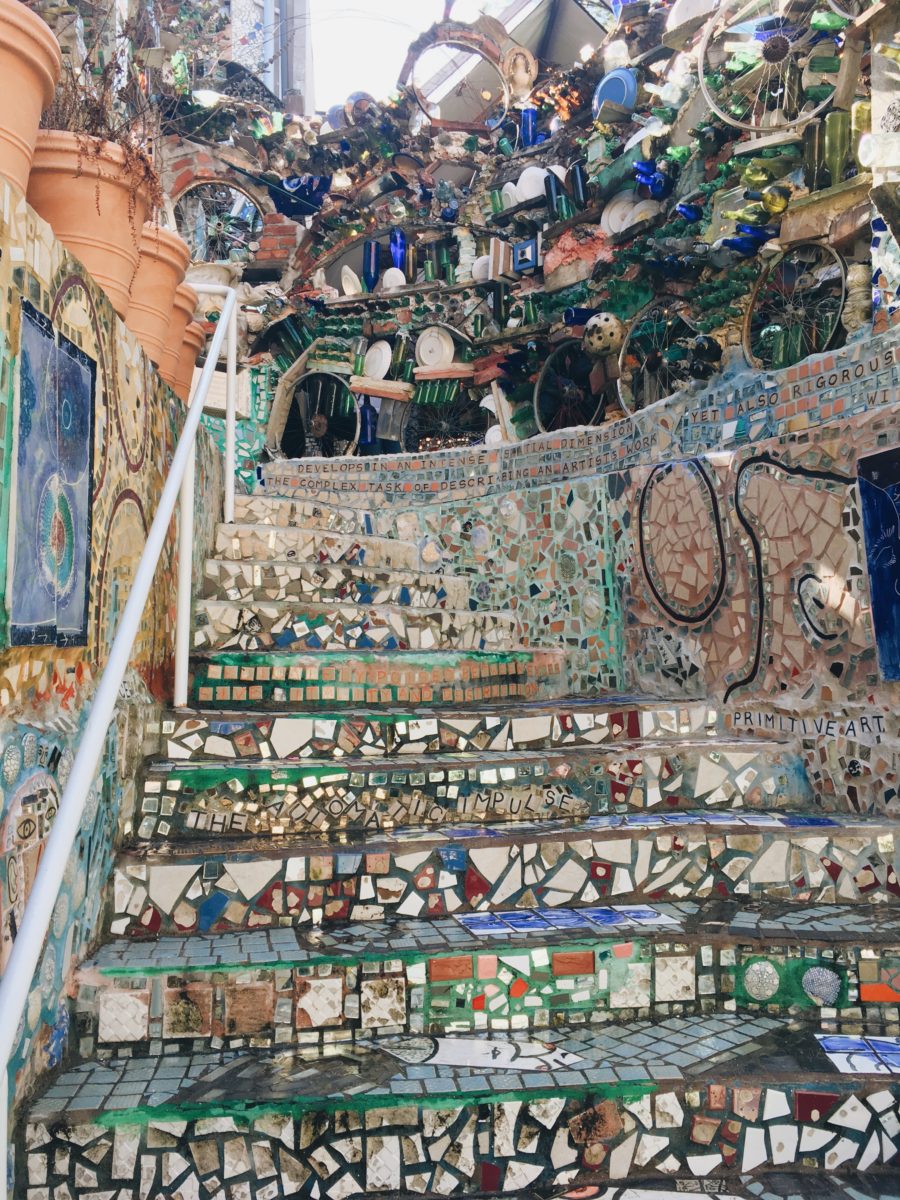 This was my absolute favorite stop in Philly, and if I had the chance, I would have sat in the gardens for hours writing in my journal. It’s a space completely covered in mosaic by local artist Isaiah Zagar. His work is all over the city, but for a completely immersive experience, the Magic Gardens is a must. Warning: It fills up fast on the weekends! We got there 10 minutes before opening at 11 a.m. and we ended up being the last two to squeeze in before they started telling people the next shift was at 12:30. 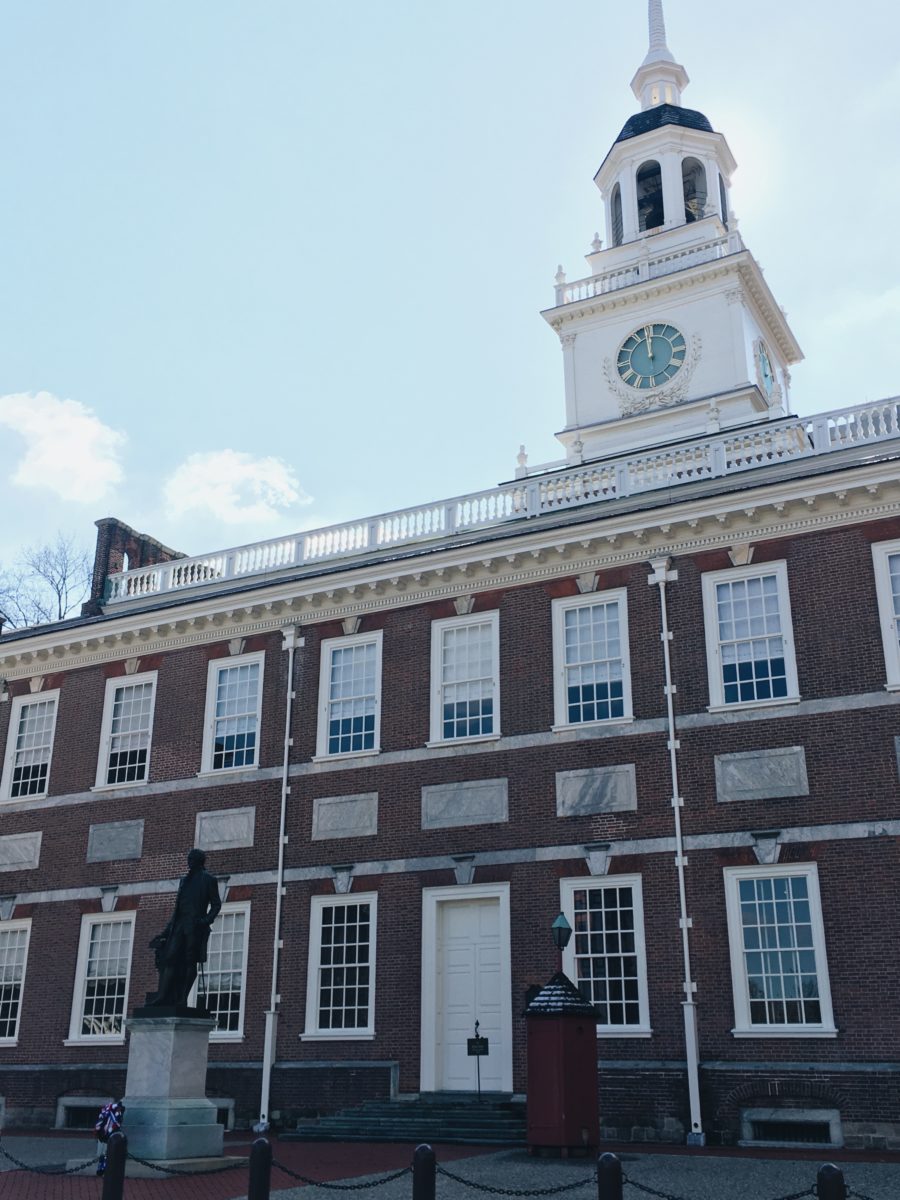 If you’re in Philadelphia, you probably should stop at the birthplace of the United States! Although you have to pay to get into the actual hall, or to see the Liberty Bell across the street, it’s still breathtaking to look at. There are two free parks on either side of the hall, so we just stood outside and had a history lesson of our own via Wikipedia (#twobrokeadults). 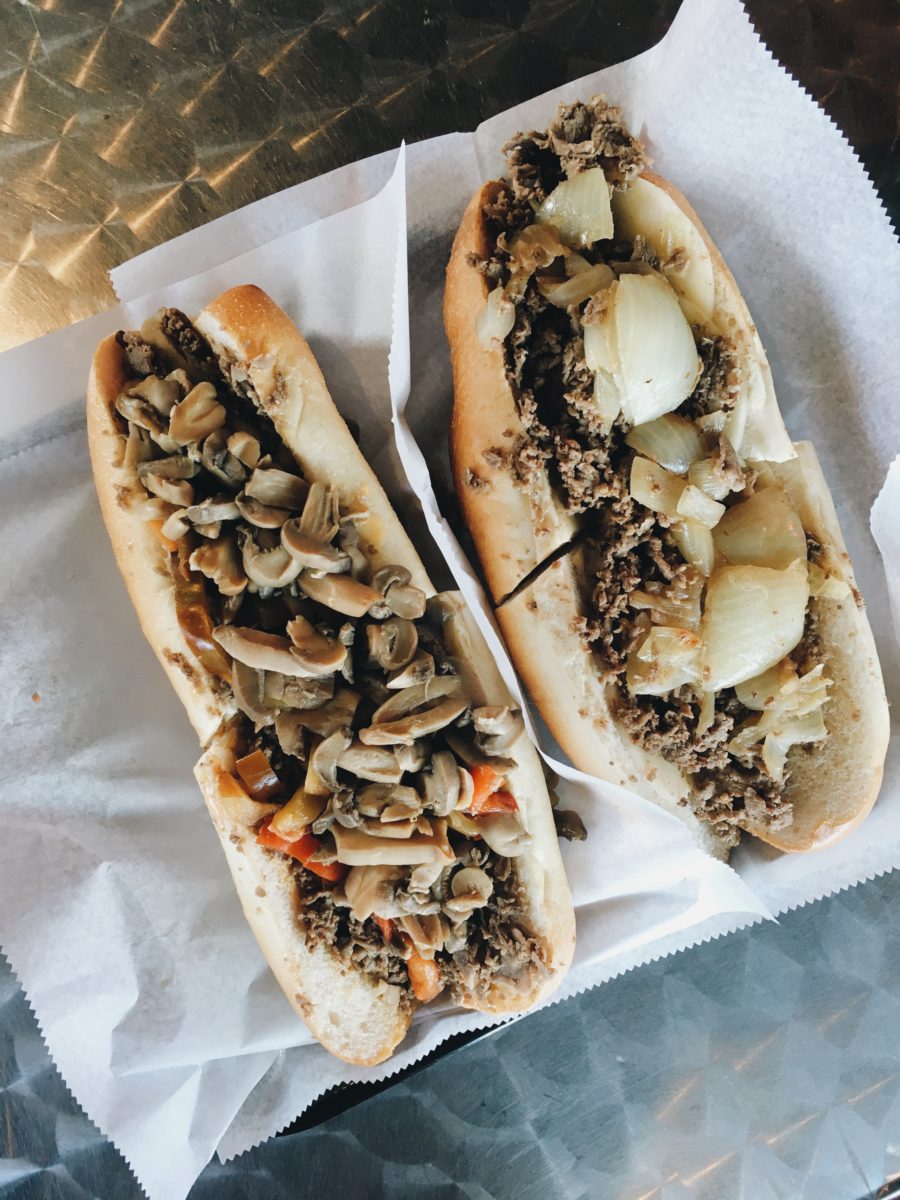 How could you not have a cheesesteak while you’re in Philly? A lot of people raved about Jim’s Steaks on South Street. Don’t let the line intimidate you, they do move through orders pretty quickly. Oliver and I both got a cheesesteak with onions (his with peppers and mushrooms) and scarfed them down way too fast. Great place to stop for lunch! 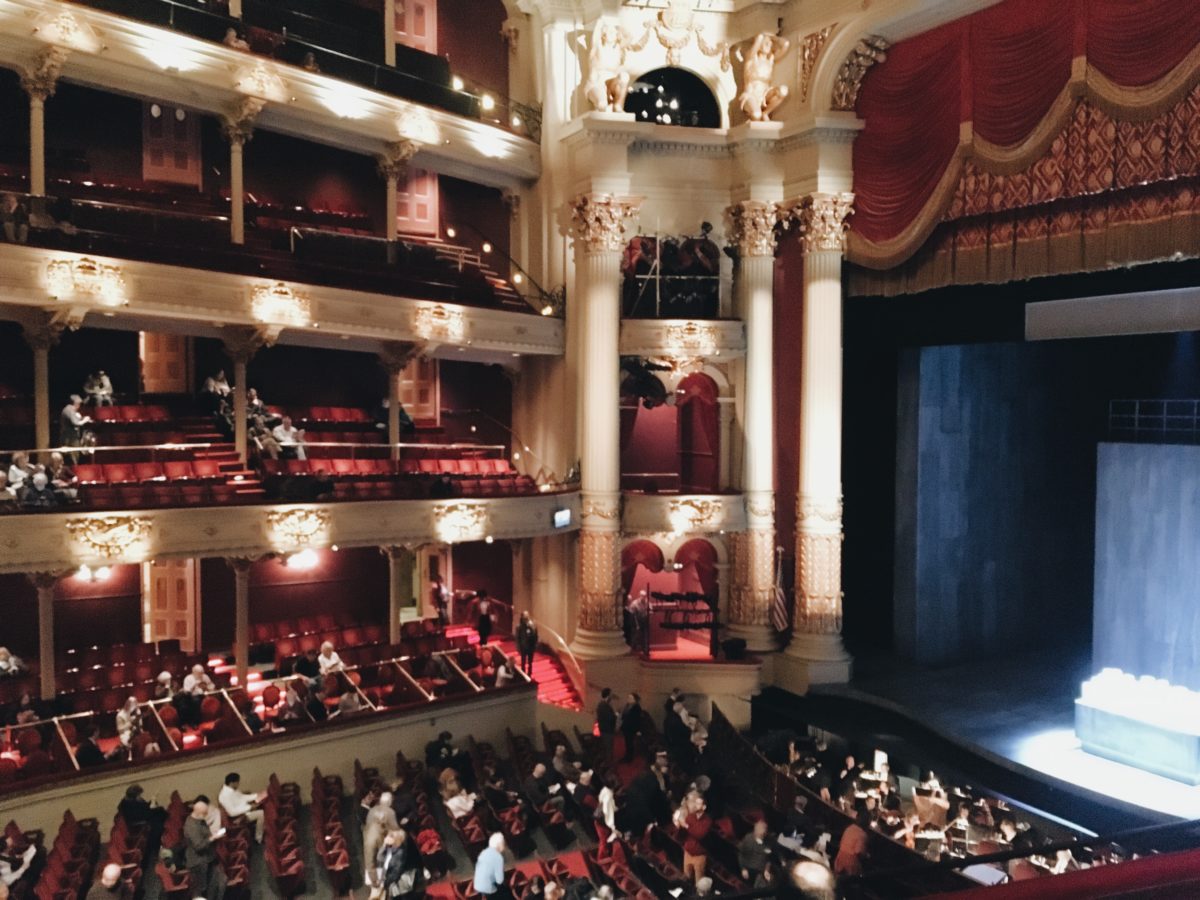 Alright maybe opera isn’t your thing, but Opera Philadelphia is absolutely gorgeous. We snagged cheap tickets to see Written On Skin, which was a powerful 90-minute performance with some of the best opera music we have ever heard. If you think you wouldn’t be able to keep up with an opera, don’t sweat it. This opera has a screen above the stage (which is also very normal for an opera) that will flash through the words that the performers are singing. It helps you understand what is happening while also listening to the incredible music. 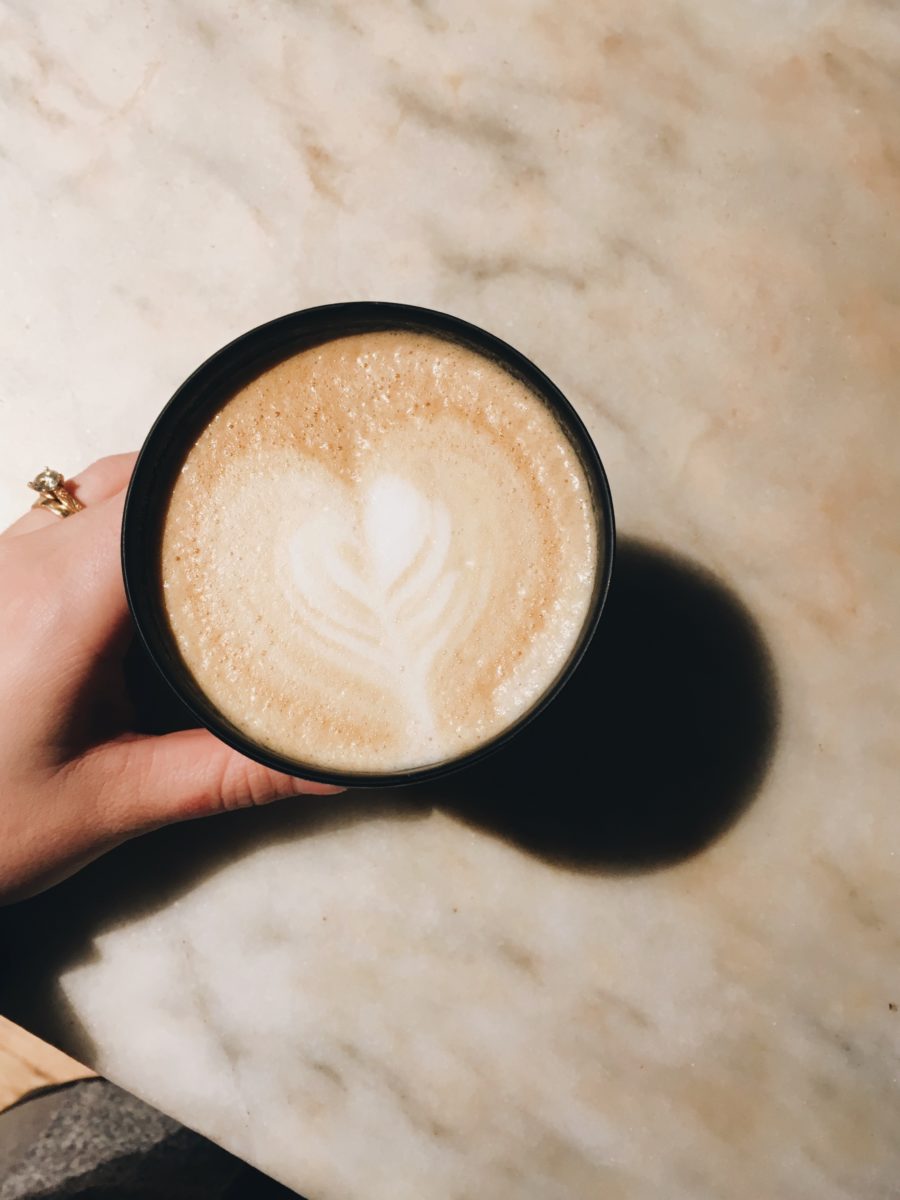 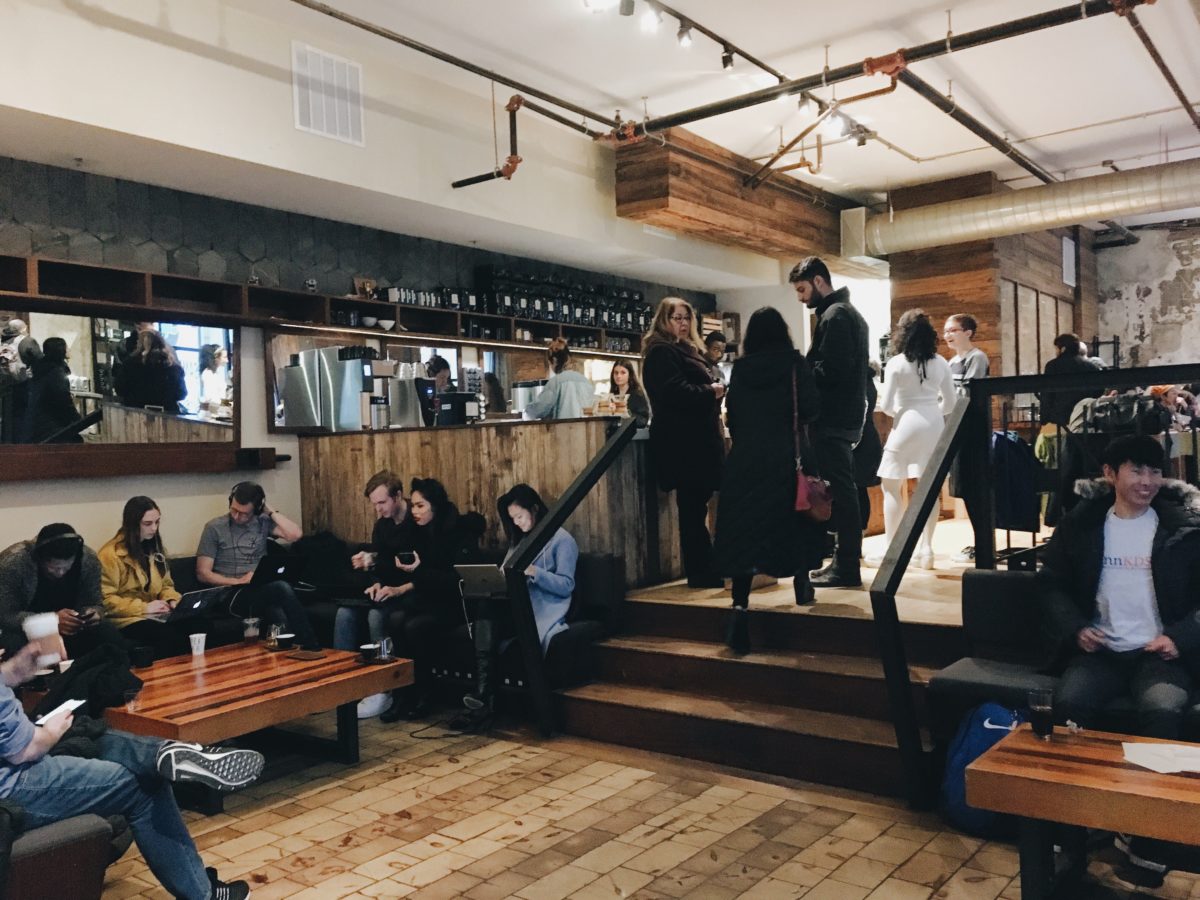 Before heading back to Princeton, we stopped at Elixir coffee for a cup of joe. If you’re a fan of pour-overs and real coffee drinks, this is the place for you. Another warning: There are a ton of people sitting around on laptops and what not (seemed like a popular spot for students). But there’s a ton of shopping around the area, so grab a cup and stroll through some of the shops before hitting the road.

What spots did I miss? Feel free to share your favorite spots in Philadelphia below! We will have to check them out next time we’re in the area. 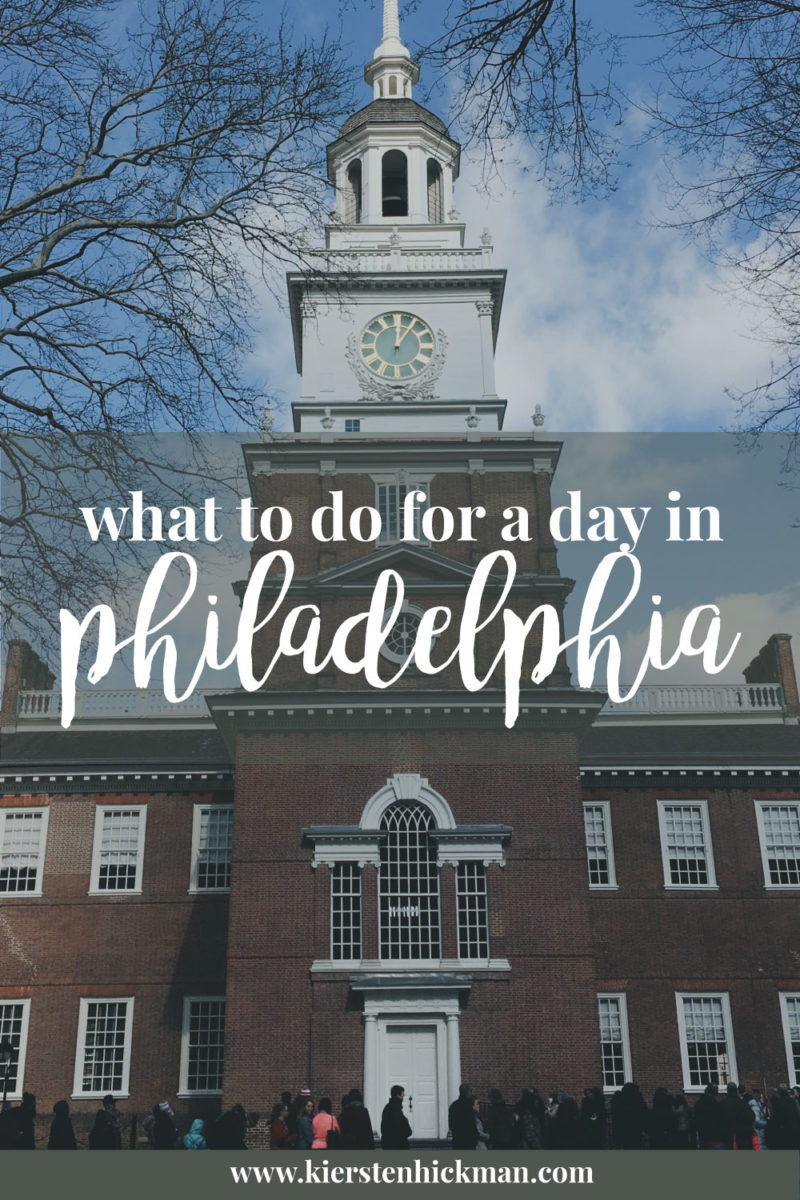 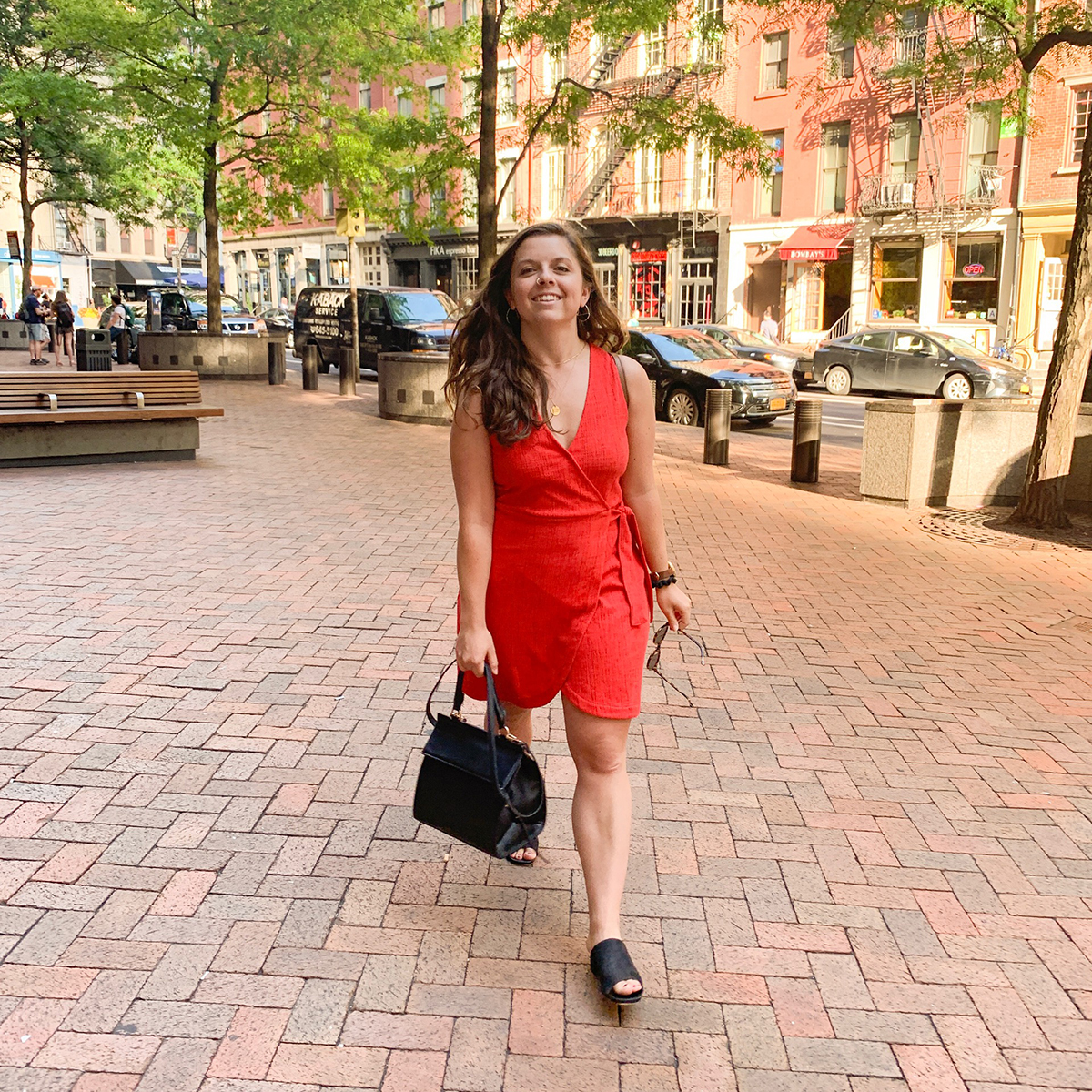 Here’s How I Survive Living in a City 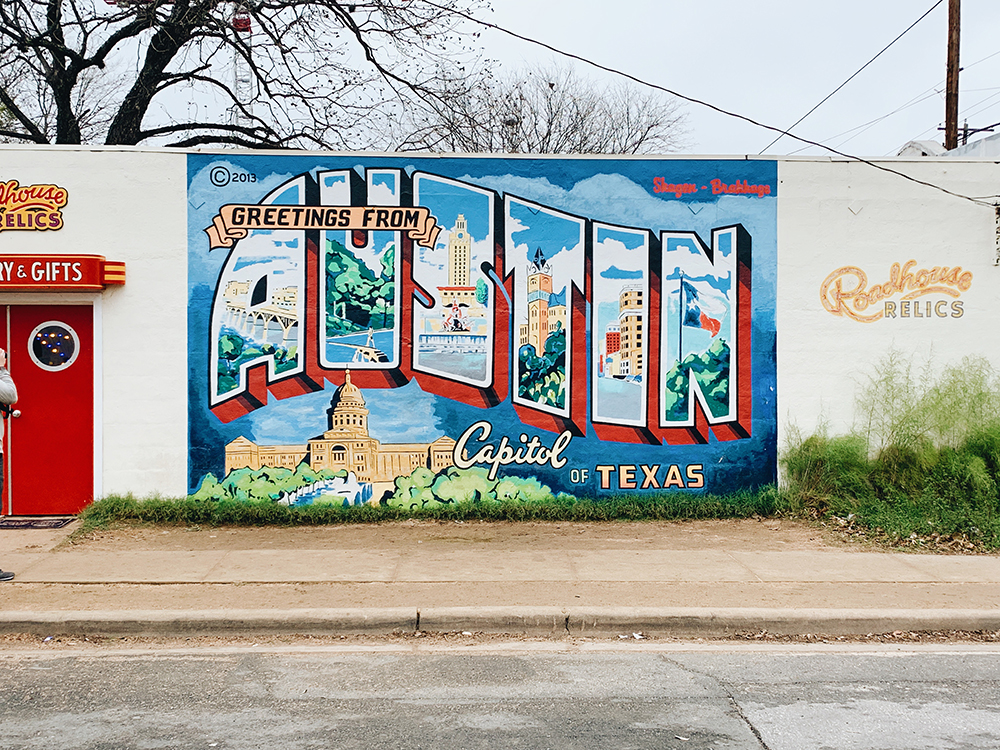 My Favorite Places to Go in Austin, Texas 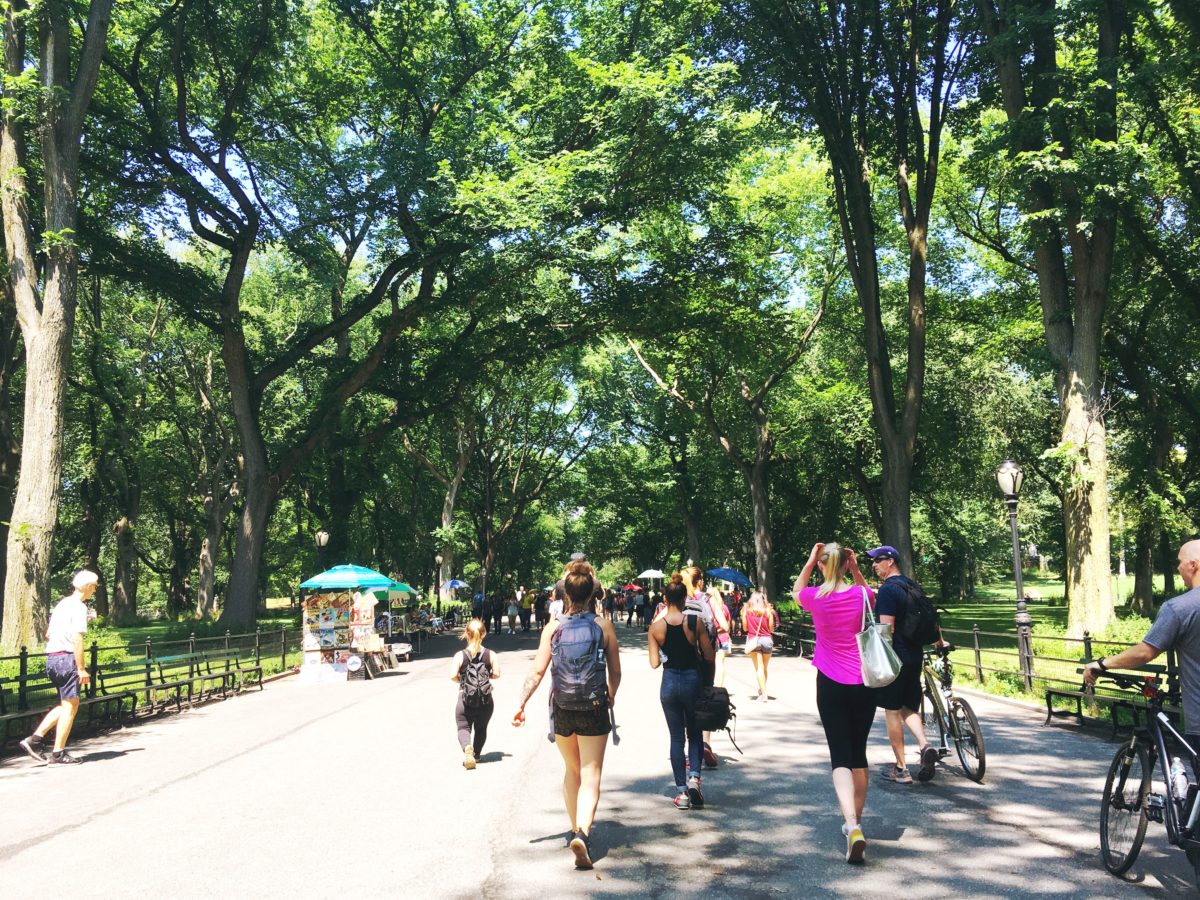 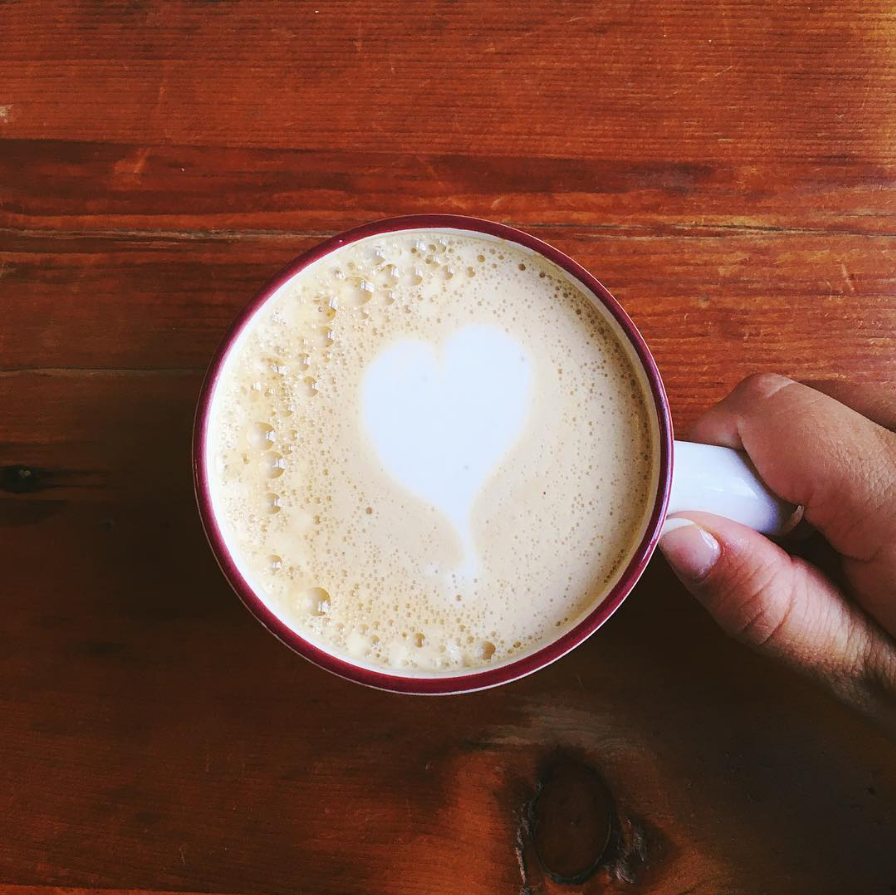