Well hello, lovelies. It’s been a bit since I’ve written anything or posted a recipe because, quite honestly, life has been non-stop for the past few weeks. And unfortunately, it will remain that way for just a few weeks more. Or should I say, fortunately? It’s nice to have a full schedule of things to do, and I fear I have overbooked myself for a month or so. Don’t worry—you’ll be getting recipes and such from me soon (a stuffed acorn squash is in your future), but for now, I’ll just be posting a few fun updates. Including this incredible spur-of-the-moment itinerary from my quick Boston trip this past weekend.

It all started out with…the Jonas Brothers. One of my besties from high school is also an avid JBros fan and we splurged on some tickets to their Fenway Park show. It was magical and absolutely worth every penny. I mean, even the boys thought so.

But of course, in true Kiersten fashion, I had to make a whole-a** trip out of it. So we booked an Airbnb and explored Boston for the weekend, and naturally, I documented the whole thing. Here’s what we did if you need some Boston weekend inspiration.

Milkweed was a stones-throw away from our Airbnb, so it was naturally a great place for a little hangover brunch on Saturday after the concert. I ordered the Shakshuka which came with three thick slices of challah bread, and your choice of either meatballs or falafel. But the real show stopper was the individual dutch baby, which my friend Abby ordered along with the most divine-looking iced coffee we have ever encountered.

Abby is a big history nerd (you can thank Nick Cage and his Oscar-deserving performance in “National Treasure” for that one), so we naturally had to walk the Freedom Trail. We made all the necessary stops—the site of the Boston Massacre, Quincy Market, the Paul Revere House, the Old North Church—and all of the historical buildings in between. We didn’t bother paying for a tour or anything, just took our time exploring ourselves—and happily getting lost on the way. Like pursuing the shelves at the Commonwealth Books which was down a small, hidden lane.

At the end of our tour, we stumbled upon this incredible Haymarket in Boston, which apparently is known as Boston’s oldest outdoor market for deals on produce, fish, and flowers. And let me tell you, it was magical. Our noses were teased with so many sights and smells—including a literal basket full of blue crabs!!

After finding our way out of the loop-dee-loop of the Haymarket, I was super in need of another jolt of caffeine—and a toilet. So we popped into the Boston Public Market and were again quite happy with our last-minute discovery. It immediately reminded both of us of Chelsea Market and Urbanspace in New York. After enjoying the clean public bathrooms, I grabbed a coffee over at George Howell and we, of course, couldn’t help but grab a few mini apple cider donuts from Red Apple Farm as well.

The Union Oyster House is known as the oldest restaurant in Boston, the oldest restaurant in continuous service in the United States, and the home to the original New England Clam Chowder. Does it live up to the hype? Given that two chicks from New England couldn’t help but rave about that chowder for the rest of the day, I’m going to go with yes. We simply ordered bowls of the chowder, salads, and their famous slices of cornbread. Oh, and a pint of Sam Adams, of course. I mean, their new taproom is right down the road, and apparently, they have a special Union House brew. But they were out of stock when we had lunch. Sad face.

Abby is like my twin in many ways. Like how we both felt it was necessary to travel over to Harvard’s campus because our love for “Gilmore Girls” is way too strong and our need to constantly quote the show is, well, quite honestly a problem. So we traveled over to Cambridge and enjoyed some cider at the Artifact Cider Project because, while the beer scene in Boston is pretty good, we were up for trying something new. I got a flight of four and absolutely loved the Magic Hour. A little pissed I didn’t bring a four-pack home, honestly.

You say book store, I say where. It’s like my kryptonite. Did I travel home with 6 new books in my suitcase? Abso-freaking-lutely. The trick to the Harvard Book Store is to go downstairs and look at their used book section. I found two beautiful editions of Moby Dick and The Dubliners for only $5 each.

It’s a coffee and bake shop, but South End Buttery is also an incredible place to get dinner. I ordered the Grilled Flat Iron Steak while Abby ordered the Buttery Meatloaf and it was the absolute perfect way to end our day.

The Beehive for live music

We, unfortunately, didn’t make it to this at the end of the day. We were feeling wiped out because Nick, Joe, and Kevin made us party too hard the night before, so we just went back to our Airbnb and watched a movie. But if we did have the energy, we would have likely ended up at The Beehive for one last drink and a listen to their late-night music. It changes up each weekend, and it’s usually free.

Before hitting the road, we had to dip our toes into the Boston donut scene with an artisanal donut and coffee from Blackbird Donuts. With donuts and coffee in hand, we strolled over to the Fenway Victory Gardens to enjoy our Sunday morning treat (and peruse the Sunday edition of The Boston Globe) before getting back in the car. I kind of feel like we weren’t supposed to be eating in the gardens…so if you’re mad at me, it’s fine, you can email me and get mad. We already did it and I’m not really that sorry about it because it was just so beautiful to be there.

And that was our quick Boston! Of course, if you can catch a game at Fenway or even a tour, I also highly recommend it. Just be sure to sing “Sweet Caroline” at the top of your lungs for us, mmkay?

What did you think of this travel itinerary? I used to write them! Want more? Let me know!

Pin this trip for later!

Never miss a post! Sign up for my newsletter and receive a free one-month meal plan ASAP. 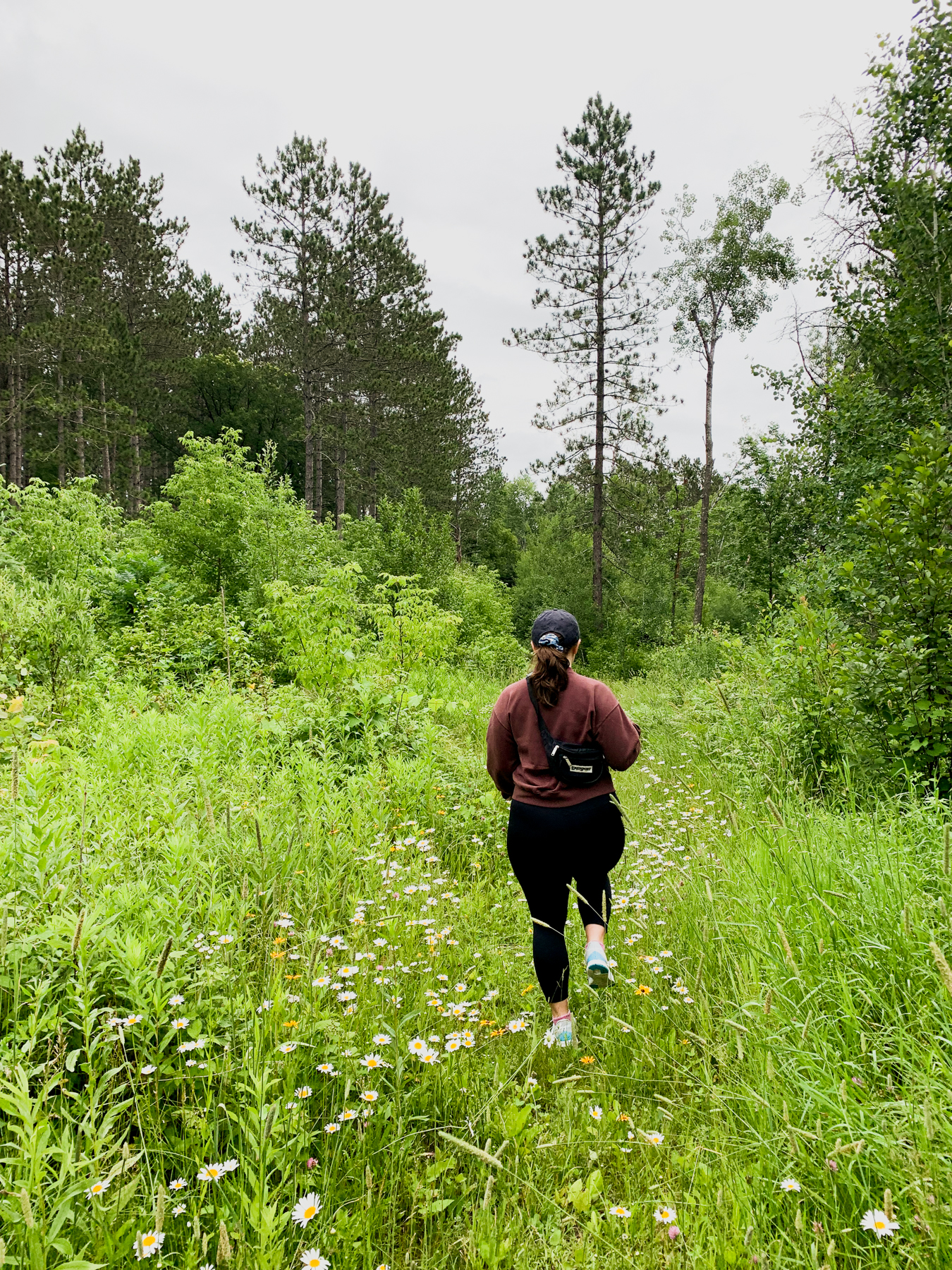 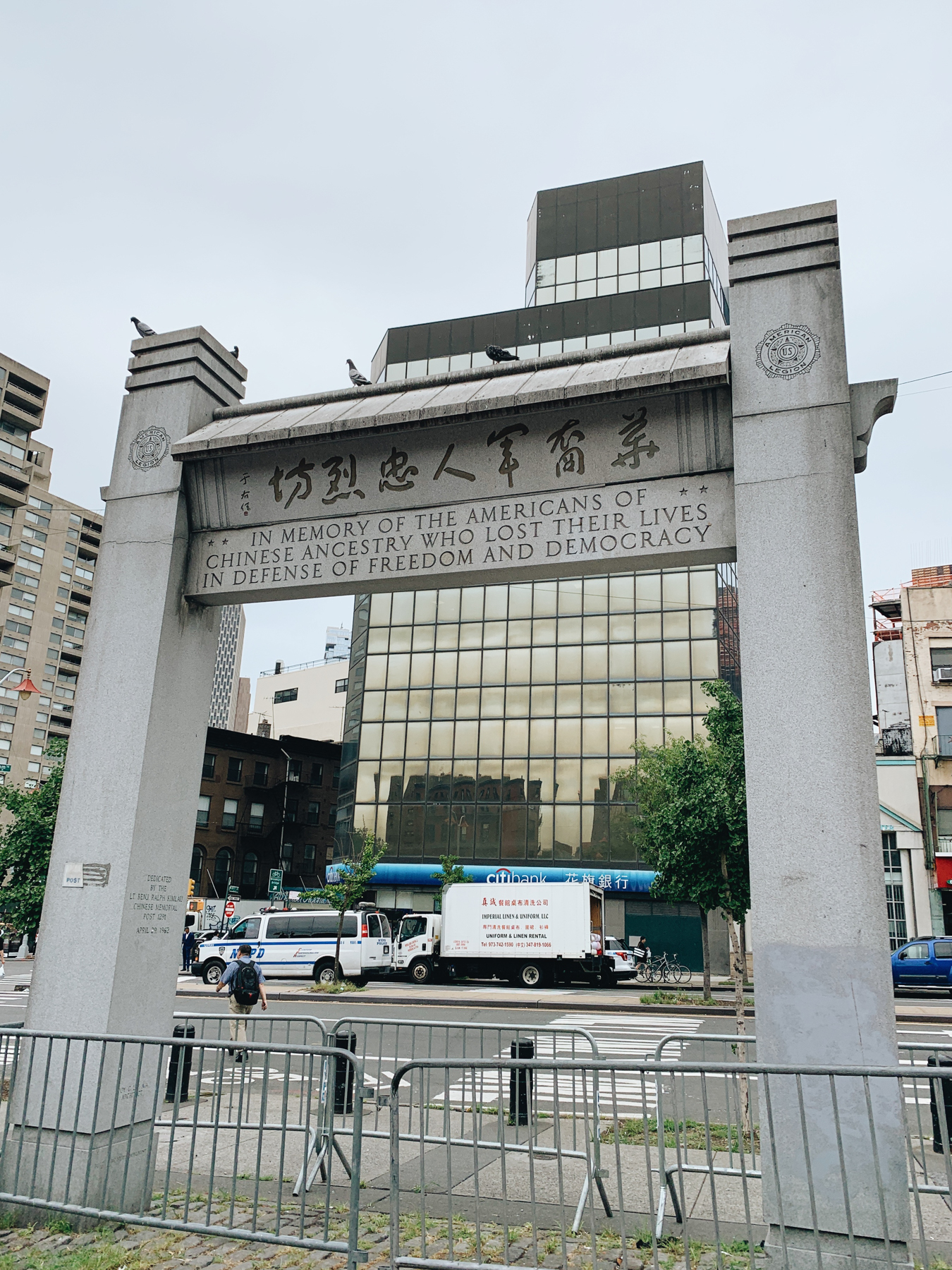 I wrote a novel. 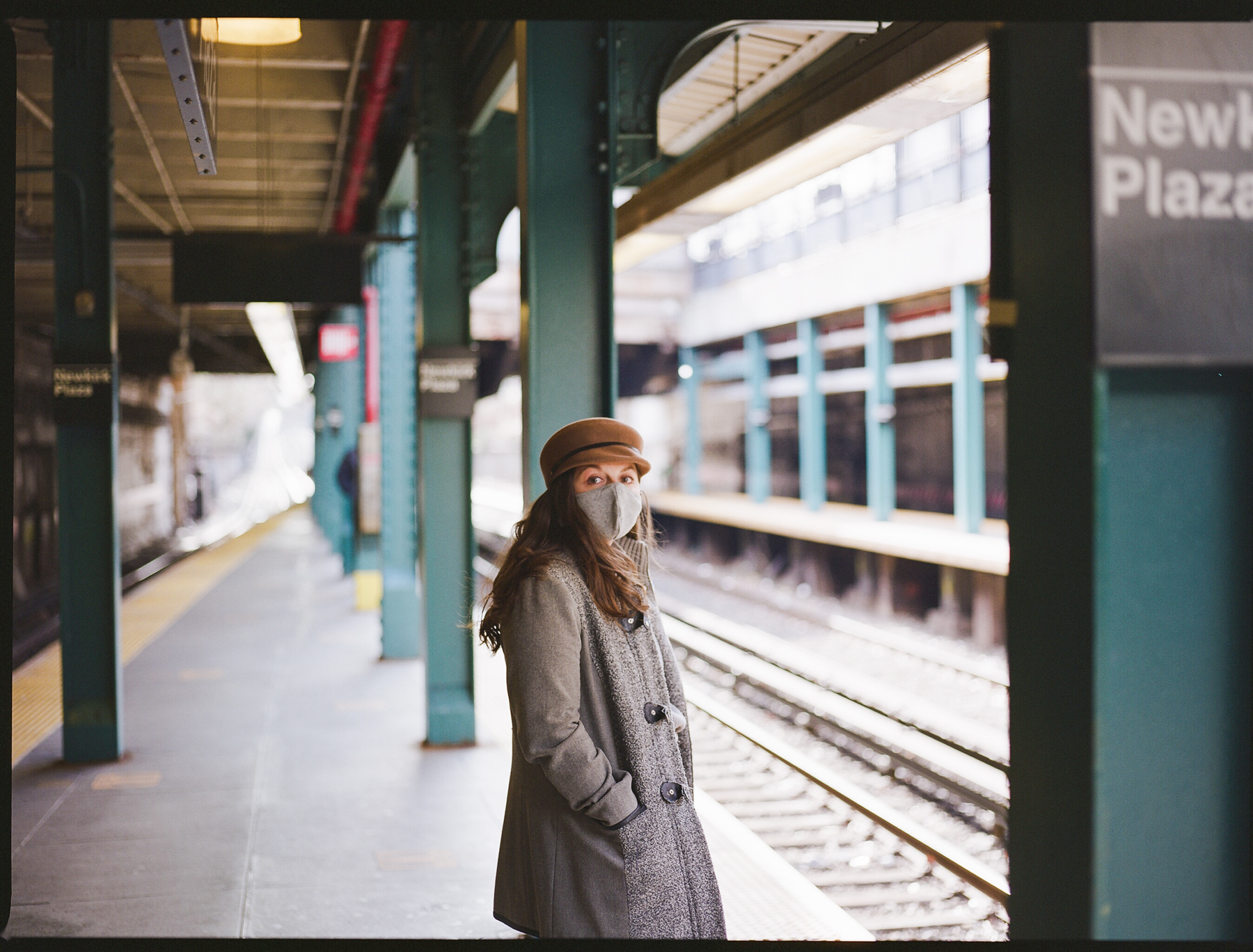 The Biggest Lesson I Learned This Year 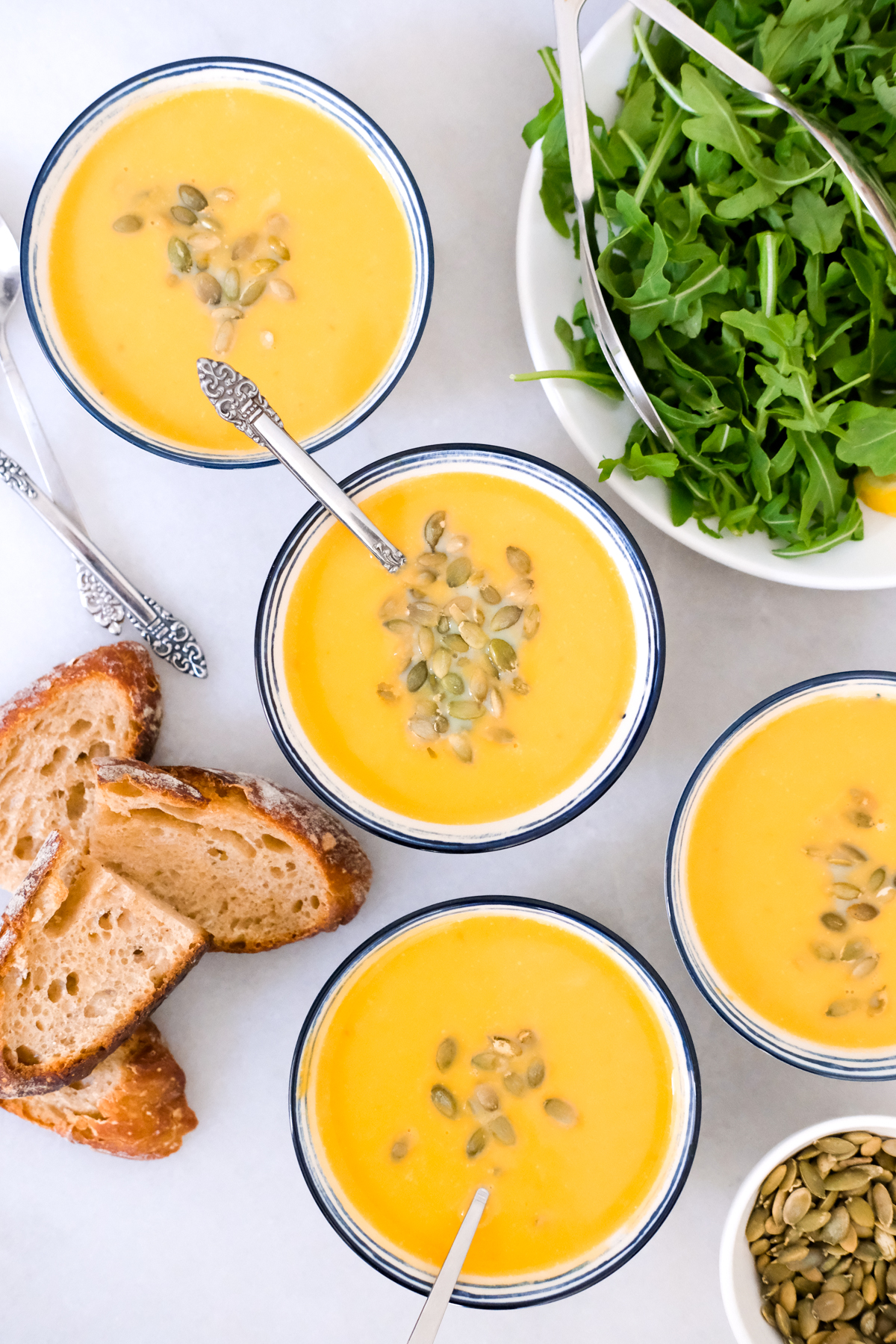 I'm not a big pumpkin spice latte kind of chick, b