After a few weeks of trying to figure out how to grocery shop plastic free, there seems to be only one solution for actually making this work: Become a vegan. Sorry folks, but that’s just not going to happen. 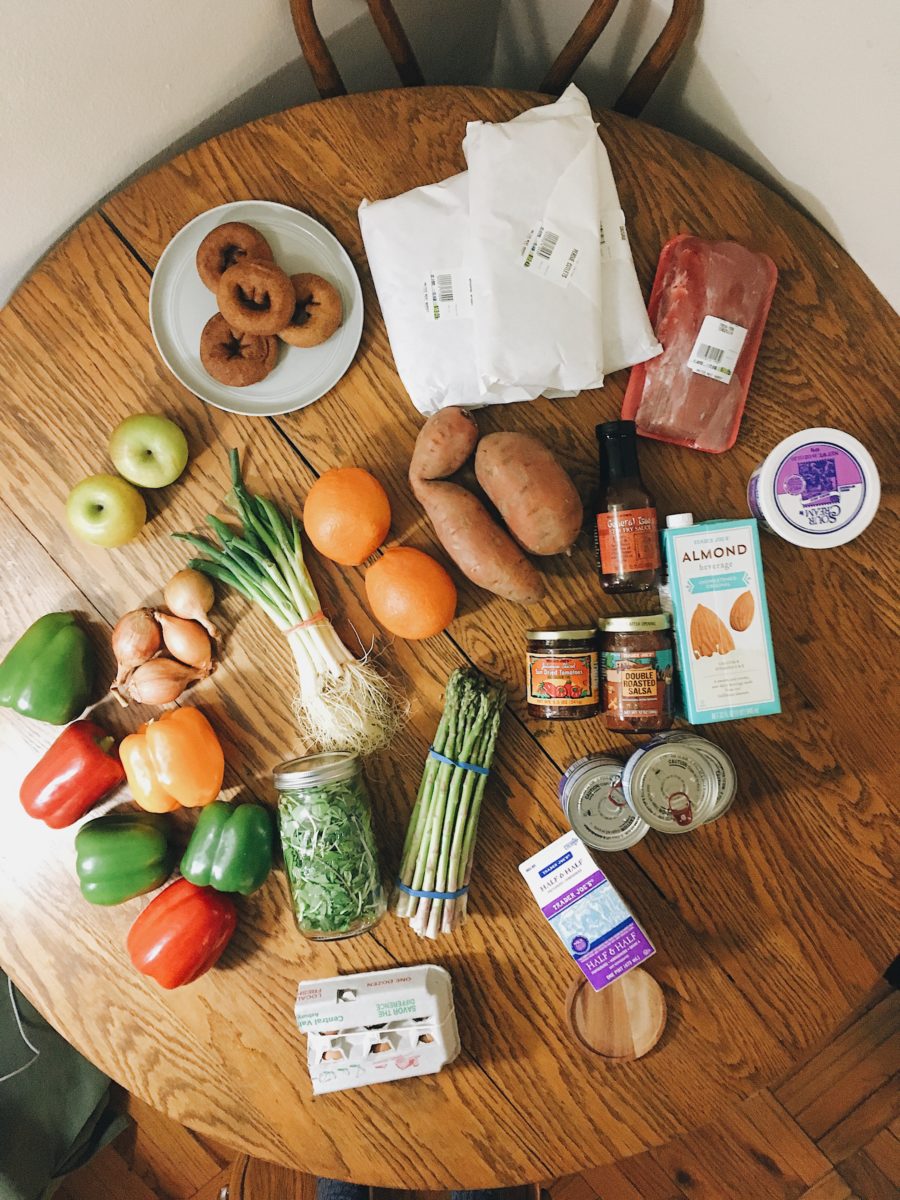 Before we discuss what plastic-free grocery shopping actually looks like, I think we need to take a closer at the history of the supermarket first. Right now, supermarkets are a one-stop-shop for all of your grocery (or even daily life) needs. But it didn’t always used to be that way.

Let’s travel back to 1916 to Memphis, Tennessee, where we will find the first ever grocery store. Piggly Wiggly was known as the first modern American supermarket. It revolutionized the way one shops. Instead of handing a list of needs to a grocer, who would grab the items for you behind the counter, Piggly Wiggly offered a self-service model. Simply walk into the store, grab a basket, and get whatever you need…or want. This opened the doors for shelf advertising, placing the most desirable (and expensive) items at eye-level, enticing you to spend more money.

As for plastic, we look to 1862 when Alexander Parkes presented the first manmade plastic at the Great International Exhibition in London. The material he used was actually called Parkesine, which was devised by cellulose (a.k.a a bio-based plastic…where did we go wrong?).

However, plastic was not a staple in the American grocery store until after WWII. After the war, plastic inventions (and soon-to-be household staples) were popping up almost every year. The plastic spray bottle was introduced in 1946, the garbage bag in 1950, even plastic zipper storage bags in 1956. The real plastic boom took place in the 1960s, and most grocery stores didn’t offer plastic bags until the late 1980s.

Using plastic for groceries is such a young concept (even younger than my grandparents), yet it’s almost as if stores couldn’t function without it anymore. It’s now almost impossible to shop normally without it.

When I started to attempt plastic-free grocery shopping, I was frustrated by the amount of stops I would have to make in order to make this type of lifestyle possible. I was even more frustrated that Brooklyn (which is probably in the running for hipster capital of America) didn’t have a one-stop zero waste grocery store already. Sure there are a few hoping to do so, but why hasn’t it been done yet? Numerous cities in Europe have them, for crying out loud! What’s up with that, Brooklyn?

But alas, I had to think of some way to make this plastic-free thing normal in my life. Making three or four stops to grab my groceries felt a bit much for me, especially with such a short weekend. I needed a better system. One that didn’t require a ton of stops for groceries…or required me to spend a ton at an organic market.

After a few trial-and-error moments, I was finally able to crack down a system that works for my grocery needs. Here’s what I came up with:

I’m not saying the farmer’s market should be your only stop for groceries, but I do think it’s fun to shop local. I love being able to support local businesses and farms by buying their produce, instead of buying the produce in grocery stores that could have easily traveled thousands of miles to get there.

If you’re lucky enough to live in a place that offers farmer’s markets all year round, I highly recommend hitting one up once a week. If you’re in NYC, here’s how to find your local market.

Pick some produce first, then plan your meals.

Once you found your market, it’s time to pick your produce. What may be a shock for you is the seasonality of your fruits and vegetables. For example, you won’t be able to find strawberries in the middle of March, so you’ll have to settle on another fruit option instead. If you’re not sure what’s currently in season, Reader’s Digest has an awesome guide for that.

Typically when I hit up a market, I look for a few things: 3-4 potatoes (any kind), 1 bunch of greens (spinach or kale), 4-5 servings of fruit (great for snacks/smoothies), 2-3 onions, 1-2 green vegetables (zucchini, Brussel sprouts, green beans…whatever’s in season).

Bring some cloth bags, jars, or containers for your produce.

Even though it’s a farmer’s market, these vendors are still using a lot of plastic. Say no to the plastic bag by bringing your own reusable ones. You could probably purchase a vegetable bag, or even make a few cloth bags of your own. I sometimes even bring jars or containers and have the vendor tare the jar before filling them.

Speaking of taring…have you tried bulk shopping yet? I had a few failed attempts at bulk shopping, mostly because I kept going to health food stores or coops that had insane prices. But, I discovered that Whole Foods actually has a reasonable bulk food section that has all of your needs! You can fill up on oats, rice, nuts, pasta, flour, sugar, beans, popcorn, even chocolate and other snack foods!

Here’s how it works: Bring a few jars to fill, and go up to the customer service desk. Tell them you want to tare a few jars for the bulk foods section. They will weigh your jars and give you the amount, which you can either write down on the jar lid or a piece of paper. After you fill your jar, grab the SKU number for the product so the cashier can easily ring you out. Once you’re at the cashier, give them the jar with the written amount and the SKU number!

Instead of getting meat at my local store, I decided one week to go to a butcher instead to see if I could get my meat wrapped in paper. It seems like the right solution…until you have to go to the market, confuse the man behind the counter with your incessant “no plastic” requests, and pay an absurd amount of money for your meat. That was the moment I decided that plastic-free must be very easy for vegetarians and vegans.

When I spoke to Oliver about this, he actually pointed out that plastic is probably used to help protect the meat from contamination. I dug a bit deeper and did find out that the FDA has to approve of the packaging for meat. Without proper packaging, it could actually be dangerous for your safety/health.

So…for now, I’m buying the meat in plastic. I’m not perfect. And I love chicken enchiladas.

If your farmer’s market doesn’t compost, find a neighborhood compost instead. Or start one of your own!

Most farmer’s markets will have a place where you can compost your food scraps. If it doesn’t there’s probably a place in your town that will have a compost collection. I found one over at Prospect Farm in our neighborhood, which is an easy walk to get to.

If you’re in New York City, your neighborhood may be approved for compost pickup! If it is, you can see if your building offers a brown bin service (which is composting). If they don’t have it, you can work with your building manager to get one for the building. That’s what I’m doing! Here’s how you can too.

Plastic happens. But if you can buy it in paper, glass, or aluminum, buy those instead.

BUT, that doesn’t mean I have to say yes to all plastic! If you’re in the grocery store, make some decisions to buy products that aren’t in plastic. Paper, glass, and aluminum are easier to recycle compared to plastic (and aren’t the materials that currently pollute the ocean). 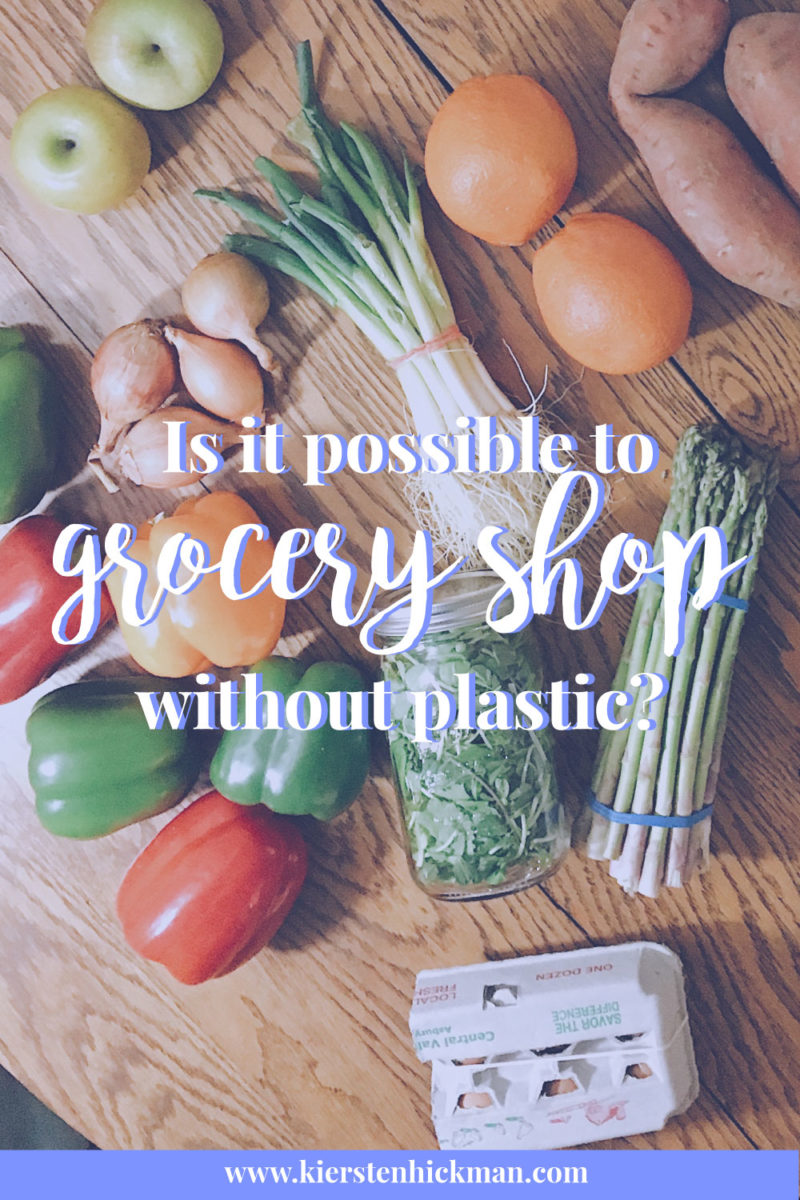 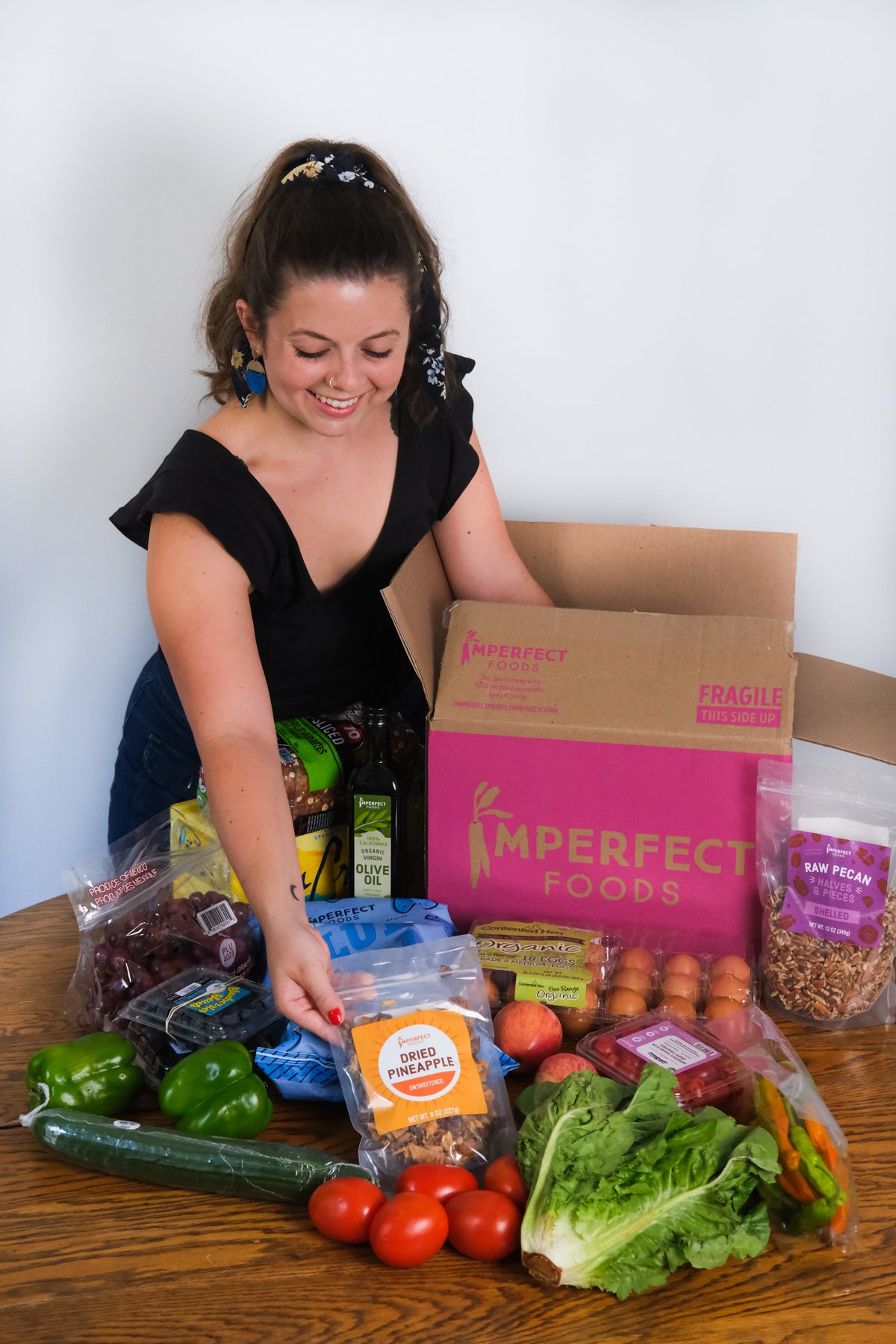 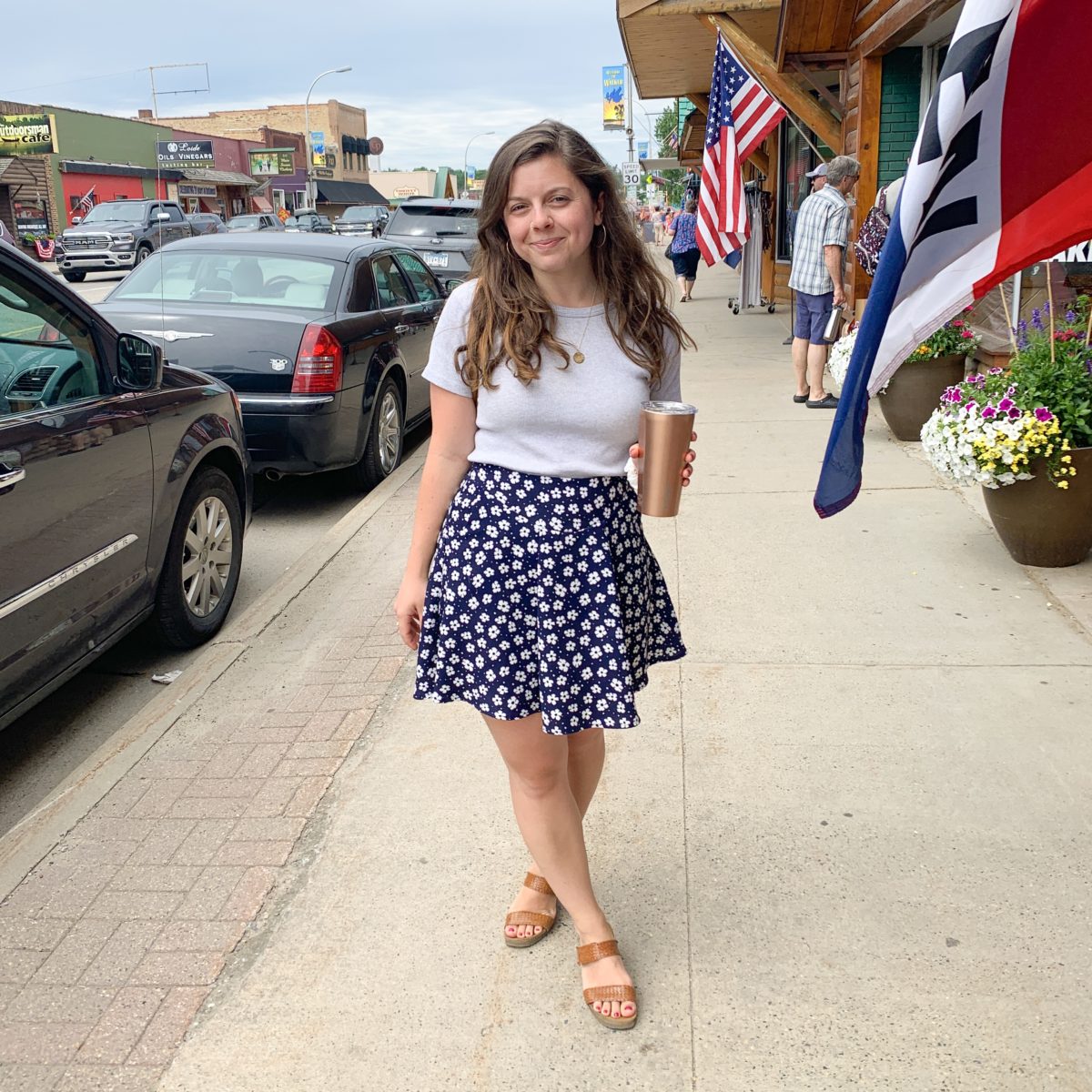 Why I Choose to Shop Secondhand 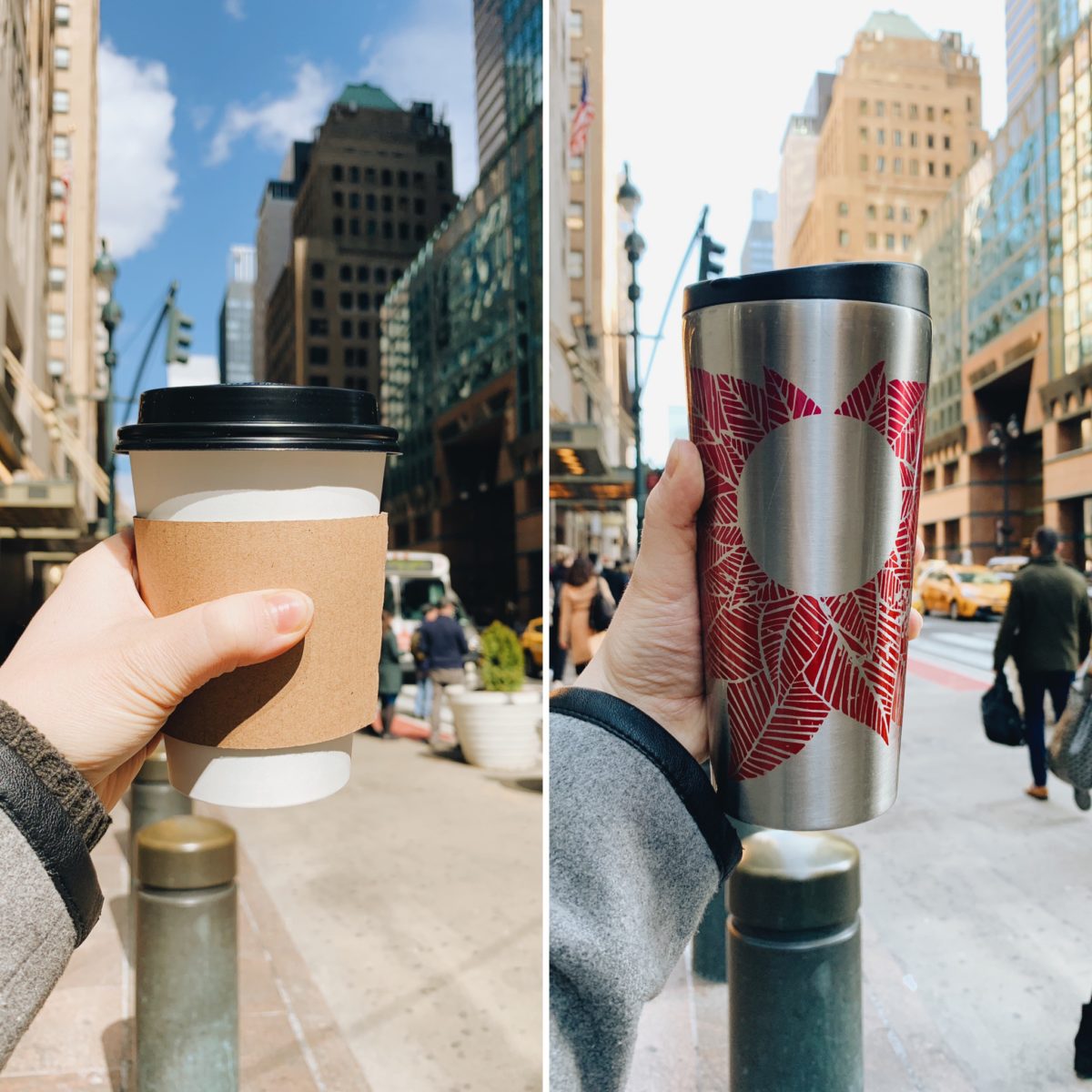 40 swaps that will reduce your plastic waste 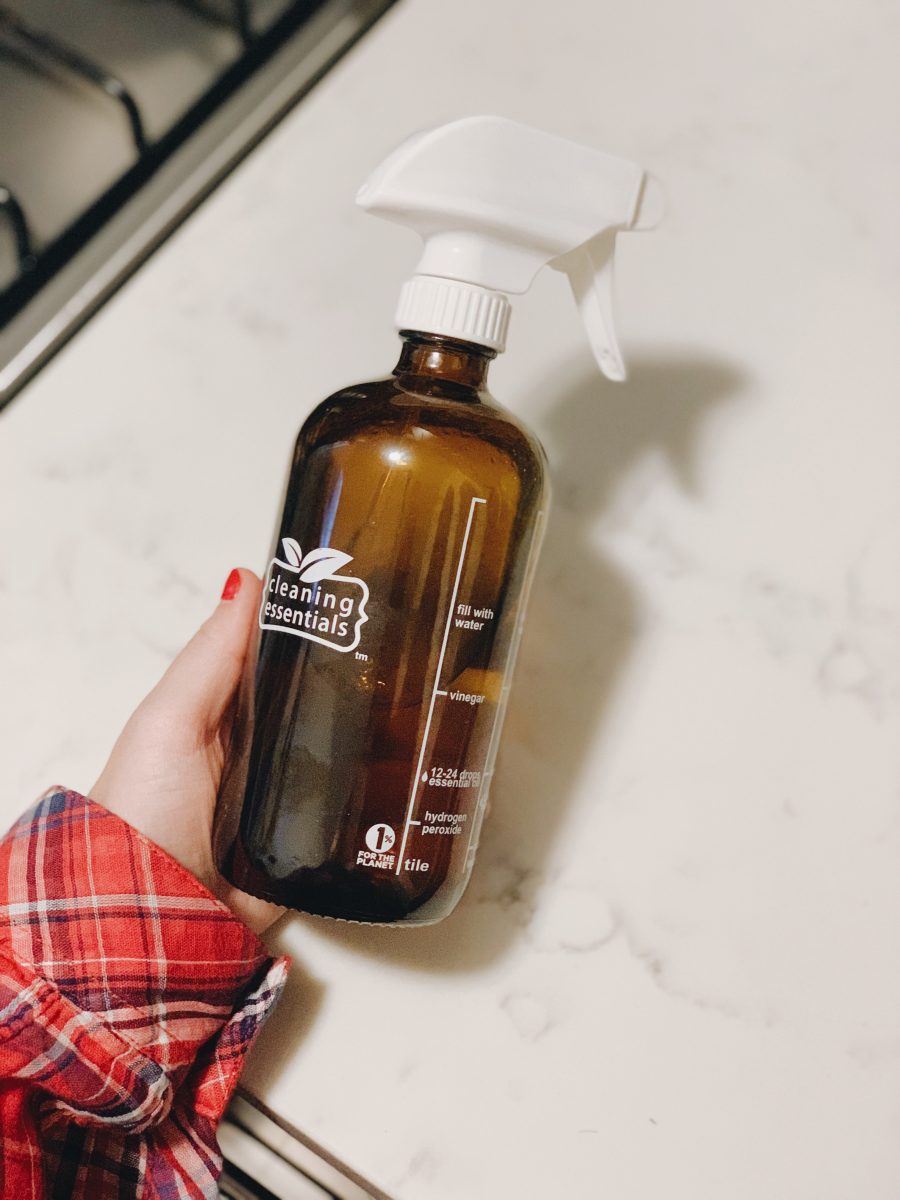